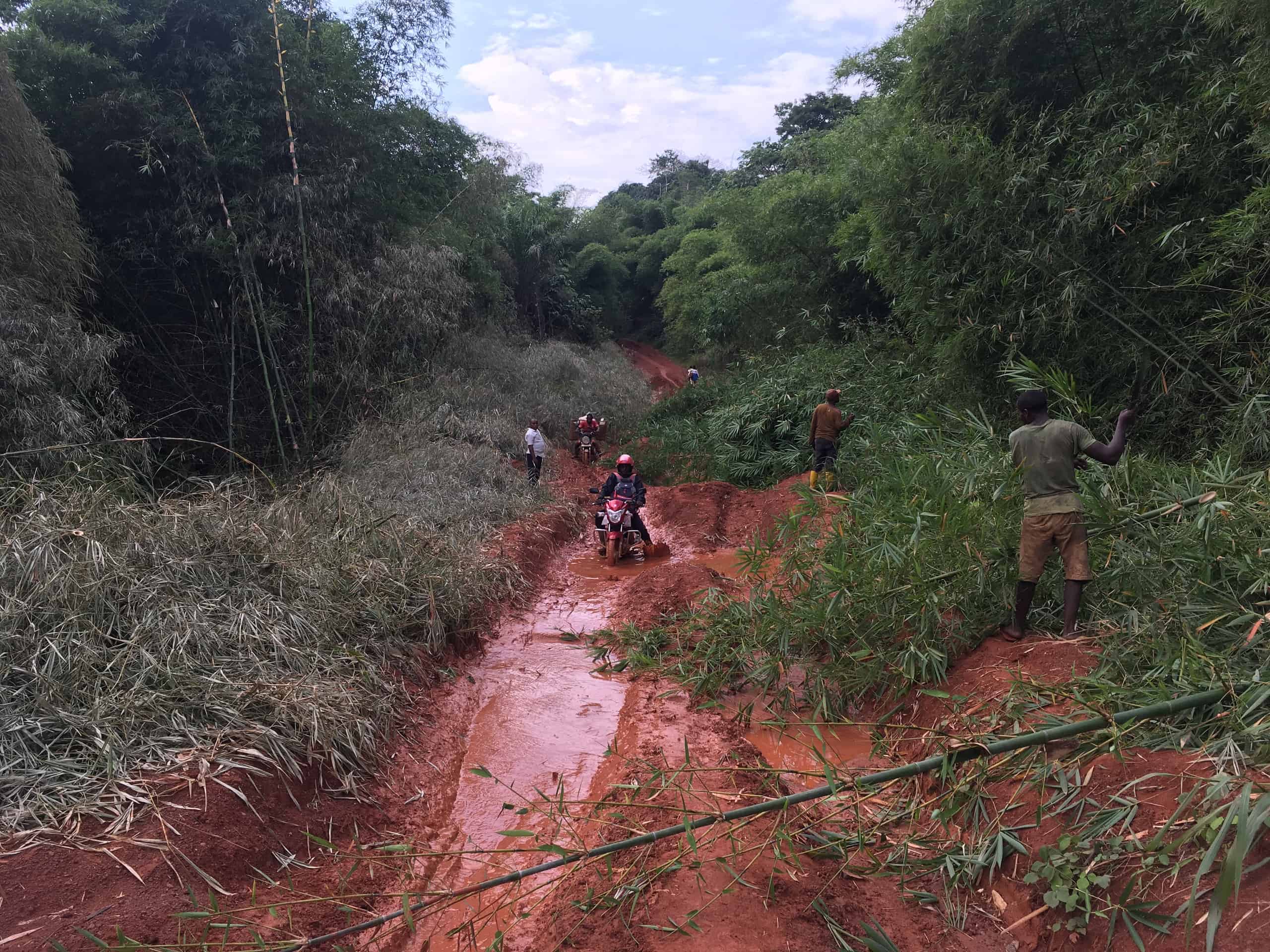 The 18th of March was supposed to be another typical hot day for most Congolese, the day when Felix Tshisekedi, the President of Congo, announced an initial measure to contain the Coronavirus. All international flights outlawed, public gathering banned, educational institutions closed. It all happened while I was still in Ubundu, 125 km south of Kisangani, Tshopo province, DRCongo. I was in the middle of my research work, tracing the ancestral histories and the migration routes of the Mokpa, Enya, Balengola, Mituku, and Kumu people. Although the research sites were extremely hard to reach due to challenging road conditions, my fieldwork progressed well. After interviewing the elderly in several villages, I was beginning to understand the overview of ethnic contacts and migrations in the pre-colonial era. River highways facilitated the widespread immigration of the Mokpa and Enya, while at the same time preventing the Kumu from entering the left bank of the Congo river.

However, the alarming spread of the coronavirus forced me to flee Congo and start my risky journey to go back home. It was a disquieting experience because I had to leave while in the middle of my work. At the same time, I was driven into a tight corner by the following government’s strict measures. At first, I had wanted to continue my fieldwork and wait until the situation settled down. But the coronavirus pandemic grew even more alarming. Even before the state of emergency, riots, acts of violence, and prejudice against Asian people in neighboring countries were everywhere. Hence, the Japanese research institution I used to work for and with which I stay in contact, decided to pull out all the researchers from the African continent. Even during normal times, the security issue in Congo is already questionable. Add a pandemic to it, the situation could even escalate to warlike conditions. Therefore, I had no other choice but to return to Kinshasa where I could be under the Japanese embassy’s protection.

I struggled to make it to the capital with my nerves worn out, the situation only worsened. Two days after I had arrived in Kinshasa, the Congo government shut down whole national airports and several primatologists, who researched in the Tshuapa province, lost the means to decamp their respective sites. Fortunately, the eager efforts of research institutions and foreign embassies enabled them to escape several weeks later. Yet, there are still scholars left behind in the deep forests even today, which was what I feared the most. If by any chance I get isolated in the interior region, the multiple options to secure safety would easily be lost because diplomats cannot touch me due to lack of transportation.

I barely moved to the capital, when the city lockdown policy fomented unrest among the people. Notably, the border closing and movement restriction began to have fatal effects on people’s daily lives. Most of the food supplies consumed in Kinshasa come from the other provinces. In case the logistics get paralyzed, rising prices will hit the poor who live below the two-dollars-a-day poverty line. Indeed, the strict measures already made the prices of food and other basic commodities jack up, which might be a catalyst for people to face serious hunger. The virus could be dangerous. But it was the loss of public order that could even be more dangerous than the virus itself. Hence, I tried to depart as soon as possible and did my best to get on repatriation flights arranged by the U.S. and France. Yet, boarding was not allowed since I was neither American nor French.

The ones who saved the day were my boss, comrades, professors, and staff at ULB. Because right after I decided to leave, they immediately prepared the support network. More than ten people devoted their time and energy to find a solution for me. This arrangement truly ensured my safety. And I was assured that even in difficult moments I could count on them. The biggest surprise was that they performed a feat almost impossible. By desperate negotiation with the Belgian Embassy, they tried to put my name on the evacuation list. I felt hopeless at first because I had already been denied boarding three times. But their dedicated support allowed me to get on the second evacuation flight of the Belgian Embassy. And I’m back home safely.

In retrospect, this evacuation was one of the hardest moments during my 48 months of experience in the DRCongo. The Ebola pandemics, collision accidents, and gunfire shooting, I have come through those difficult cases since 2011. Yet, this global COVID-19 spreading got me caught under the increasing strain. I still can’t digest the tensed feeling at that time. Maybe normal life may not come back again and my friends in Congo are exposed to terrible tension even right now. Once the pandemic intrudes, African countries are vulnerable because there are very few options that they can take due to the shortage of administrative capacity. All I can do is to tell about the harsh reality and just pray.